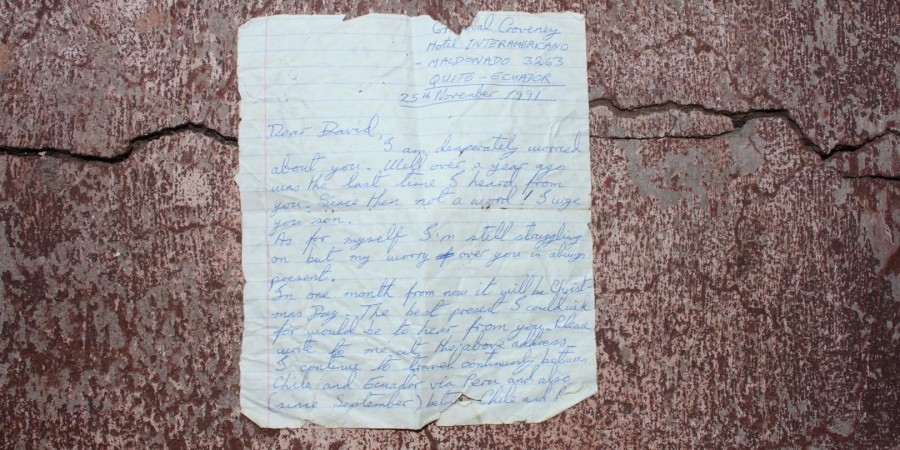 I’m staying put while I wait for the headstone to be finished and fitted, and consequently got to see an Arican weekend.

There’s not a lot for me to do in many ways, so yesterday I spent some time going through all of my father’s papers and notebooks.  I found evidence of one email address he’d used from five years ago, but it no longer existed.  So I returned from the computer and continued… until I found painstakingly detailed notes on how to use Yahoo mail.  Including a password.

I felt that if he had e-mail perhaps he’d been in touch with people and I could work out more of his life.  I ran down to the computers they have here in the hotel, logged in and… he’d only ever emailed one place – the Department of Work and Pensions.  It was all about his pension, along with a couple of emails explaining that they had his address wrong (and which they never seemed to correct!) and that was it.  Nothing else, nothing in the sent folder to anyone else.  It was a dead end.

Ah well.  So I went back to the notes and worked out a fair few things.  I’ll note what I’ve learned in full at the bottom of this post, as the whole day taught me things.

One of my disappointments was to find no detail of any personal life, anywhere.  But I did bring with me all the letters he sent me from 1988 to 1991.  These covered his crisis period.  I decided to get them in order, photograph each one, for posterity, and then read them one after another.

Ouch.  This caused another period of getting down, because I realised some things.  I remembered how, in the letters, were statements which were essentially threats to commit suicide.  The incredible emotional blackmail.  His feeling of injustice over what he thought was some kind of inheritence.  In part that my memory hadn’t formed a perfect impression of the order of events (although I wasn’t too far out) and that his crisis had clearly been real enough, but largely because towards the end of the letters he stopped being so demanding and so hard on me.  In fact, the very last letter was more about caring for me than himself.  He was almost upbeat and looking to the future.

That was the moment.  He’d realised what he’d done and he was trying to repair it.  Problem is, he was too late.  I was still upset at him, and I’d now rejected him completely.  At the time I couldn’t forgive him for what he’d done.  The letter is in quite a sorry state as I’d crumpled it up ready for the bin, but interestingly it looks like I changed my mind, flattened it out and put it with the rest. 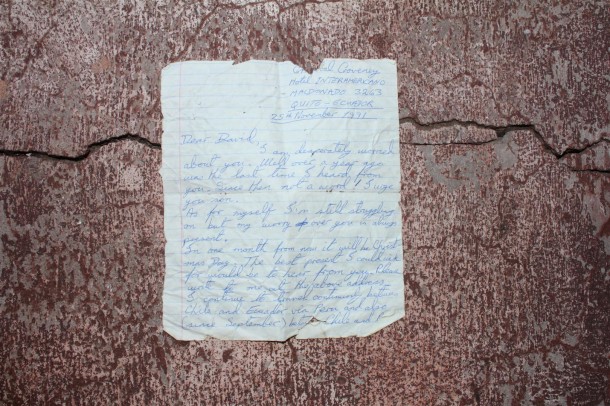 Page one of the last letter. 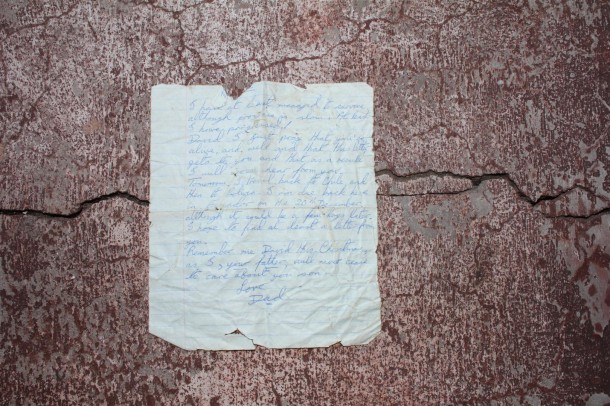 Page two of the last letter.

And so I found myself wondering.  Should I have forgiven him sooner?  I’d certainly have stood far more of a chance of finding him, and maybe he’d learned.  But at the same time I do believe I was still scared of him.  I never told him I’d moved, and I never checked again with the neighbour who’d been taking my post in.

I think, to me (and maybe to others) that this is a valuable lesson in the dangers of losing the trust of those closest to you.  If you want to get it back a letter isn’t enough.  You have to earn it.  Really work at it.  He could have forged the connections once more, the stupid bugger, but he couldn’t stop me walking away.  My own instability at the time meant he had no chance of finding out where I lived…certainly not from South America.

It’s also taught me that communication is everything.  Sometimes those around you know little about what you do and what you think.  For example, he didn’t really understand the repossession of my grandmother’s house or the intense solitude I felt at the time.

Maybe if I’d simply told him?  But I needed to protect myself as well.

I did originally plan to place the letters online in their entirety, but that will have to wait.  I saw some things there that could cause real issues for some people and which need to be cleared first.  Maybe in the future.  But it’s a thin maybe. 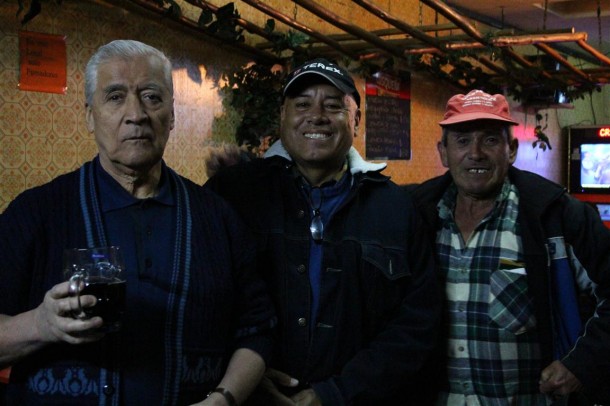 At 9pm, after the terror pizza, I headed to the pool hall to meet more of my father’s friends and acquaintances.  There was Oliver (or Oscar, my notes aren’t clear on this and I need to check tomorrow) who met him over ten years ago on the La Paz-Arica train.  Or Pablo, who’d known him since 1991… from the time of that last letter.

Obviously I had questions.  I asked if he’d mentioned family and they only had one mention… a daughter, in Quito, Ecuador, who died in a road traffic accident at the age of about 13.  But I couldn’t find any more detail than that.  No names, no known addresses, and there’d been nothing in the notes.  Back home we suspect he may have been using this as a way of blocking conversation about family, but who can be sure?  He gave the story consistently, everyone reported it as the same, but something occurs to me… it’s an old story.  If he was reporting this 19 years or so ago, then the age wouldn’t be possible as I’m not aware of him having been to South America prior to around 1983.

So, after all this, and without the help of an interpreter, I only had vague echos of the man.  Nothing so firm other than that he was, it seems, generous with friends, selective about his company, and a creature of habit.  I sat where he sat, chatted with his friends, enjoyed a beer, and learned to spell ‘jote’, the red wine and Coke mix, correctly.

This all cheered me up.  Apart from the odd mentalist (my father did hang around with a diverse group) I found that these friends he had were pleasant, intelligent people with things to share.  We drank to my father, I tried to explain the story in as sensitive way as possible, and we laughed and joked.