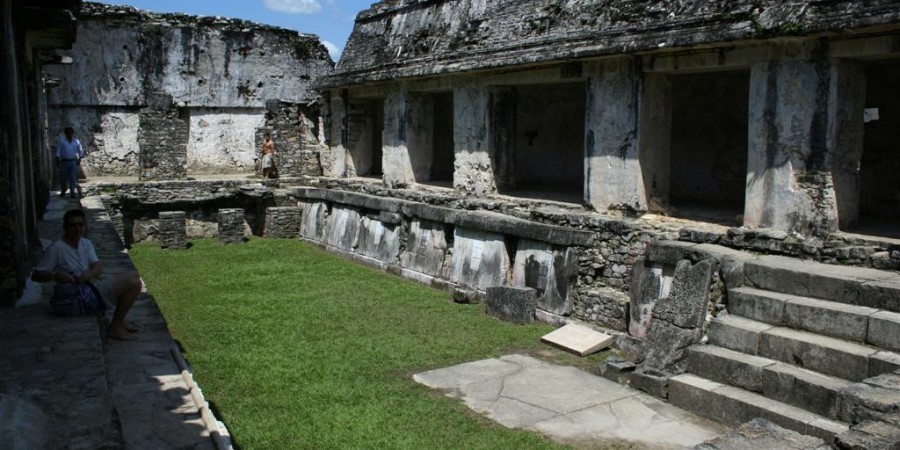 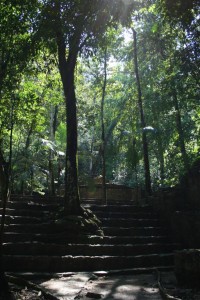 Palenque town itself is a rather drab place, but the ruins, deep in jungle, are as spectacular as you might expect. It’s something of a metropolis, with several enormous pyramids cited in lush green surroundings. Other buildings that were generally habitations were tucked away within the forest itself.

Exploring all this you do have a sense of being on an Indiana Jones set. Vines swinging down, trees erupting through ancient stairways, waterfalls, pools and dark, small houses to explore. Having said that, at no point did a giant boulder swing our way, nor did stones suddenly move in order to release a flurry of arrows or crush us under a massive slab of stone.

What I will say, quite definitely, is that the Mayans had a real sense of civic architecture. They knew how to make a place look good. Interior design is harder to assess, as most is damaged – but the rooms generally felt small and dark. They’d not be popular with the Scandinavian school of design, for sure.

For the moment this is just an introductory post to show where we’ve been. I’ll try and write more detail in at some point soon. 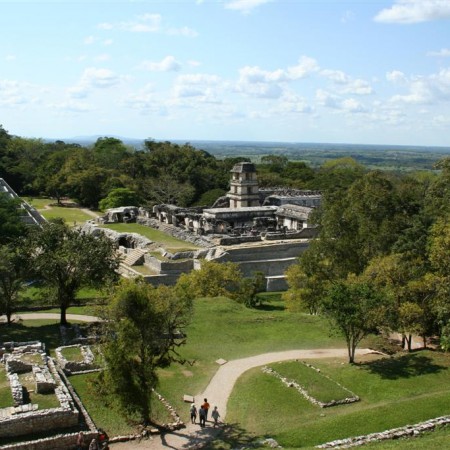 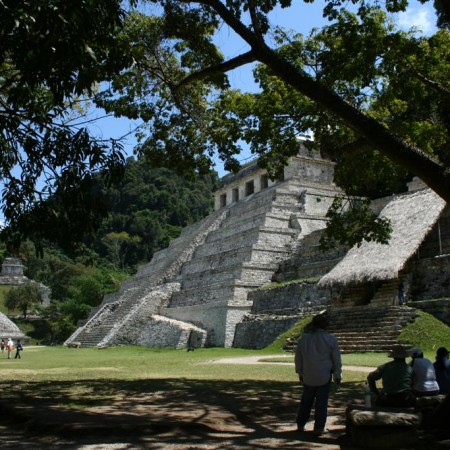 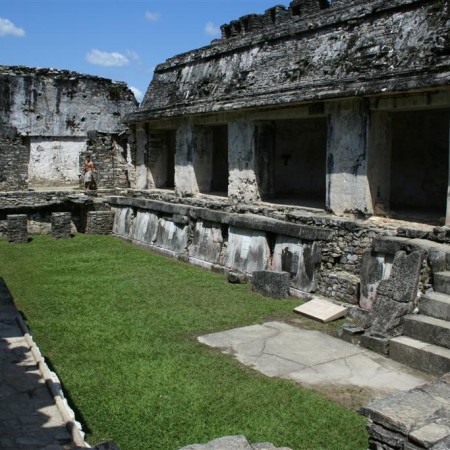 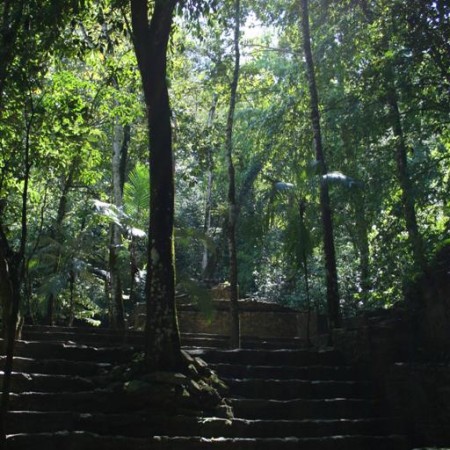