Just Go Back a Bit

Read this article on the BBC News site, and let’s imagine what they may have been thinking:

Here we have some young men, out for the day in a beautiful spot. 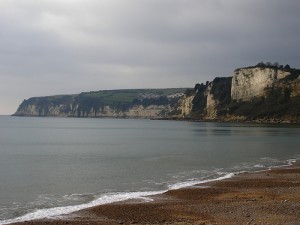 “Hey guys, you know what would be brilliant?  A picture of me that looks like I’m struggling to save myself from a dangerous fall!”

His friends then eagerly agree and point to a tuft of grass, “yeah! Just grab that grass there and dangle over the edge.  What’s the worst that can happen?”

And so, the grass gave way and young man – probably a fun and interesting young man, died.

I know that what I’m doing here is almost making light of a tragedy, but actually my intention is to point out that it’s an incredibly stupid way to die, which makes it even more of a tragedy.  This story illustrates a different kind of lack of thought to my popular target of politicians.  It’s about a guy who was just having a laugh.  He wanted to have some fun.  Like most people he was almost certainly a decent enough man.  He just didn’t measure up the risks properly.  A little thought might have saved him – and not just from himself, but from his friends who were a part of this.

There’s a question on a wall in Liverpool – “Would you like to die old and slow, or young and tragic?”  But the more I think about it, the more I don’t know.  This guy was definitely young and tragic.  I hope his friends and family get over it – they’ve learned the painful way.