The Story of Juanito 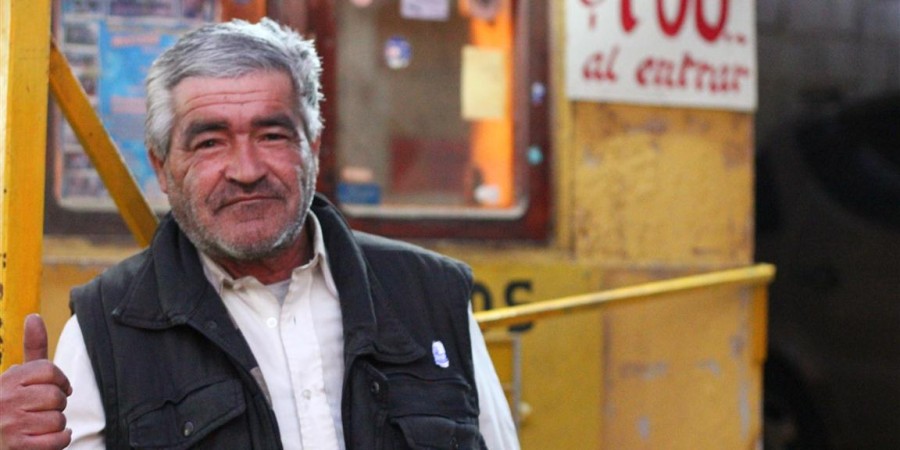 Here’s something… a smiling, happy and charming man who knew my father in Arica, lives just around the corner from the hotel I’m staying at.

He actually lives in the cabin that guards a car park.  Just him.  He’s been married twice, I believe, but that’s all I know.

So how can I tell his story?

I can’t, not really.

But it made me realise – he had many things in common with my father.  Two marriages, keeps quiet about his personal life, and a very modest lifestyle.  And truth is, I see people like this all the time.  And they all have a story.  It’s just that it is, largely, untold.

Even when it is told, you only have their take on it.  Given how fragile memories and emotions can be it’s almost impossible to extricate what’s really happened.

I think it’s entirely possible that anybody can end up alone and relatively marginal.  Worse, some can even end up utterly destitute and on the streets.  Something makes this happen to people.  They destroy their personal relationships.  Before too long, they are relatively alone.  They have friends, for sure, but not close ones.  And drinking friends, as we all know, are the ones who aren’t there when you need them.

If we look at my father, he ended up being rejected by me.  If you look at the picture of me with my father, you’ll see something that I’d never noticed until a psychologist here noticed it and mentioned it to Joaquin… my father is touching me, but I’m distant.  I could be just another surly teenager, but here’s the thing… I wasn’t a surly teenager.  I just hand’t formed many attachments. 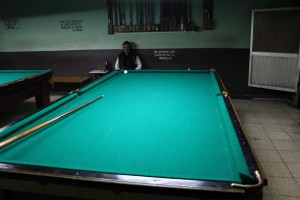 At the pool hall

There were two points when I pushed away from my father.  When I was around 11 years old he’d split up with his second wife and I was living with my grandmother.  I’d struggled to settle into the new school – a rather rough school that was failing its pupils, and the bullying and harrassment had become quite extreme.  Yet some level of that had happened at every new school.  So I stood firm and when my father suggested I went with him to Belgium I opted not to.  Enough was enough.

That was the first stage.  He was obviously angry with his mother who supported me in the process of requesting her to be my guardian, and consequently their relationship deteriorated even further.

He’d already pushed away from his second wife and daughter, simply by failing to cope with certain aspects of the relationship.

Then, years later, when he was demanding money from me, I couldn’t handle it.  He was too hard on me.  I had to reject him even more. Not so easy, really.

Suddenly, he’d lost all familial contact.  Nobody wanted to deal with him or support him.  He was a lost soul.

We Judge on the Negative

One thing I’ve realised is that most people form relationships with other people based on the good character traits.  They find the other person attractive, or intelligent, or caring… that kind of thing.  But they break relationships based on the bad.  That may be stating the obvious, really, but it’s important because the bad things are usually a very small part of that person’s character.

Think about it – your average burglar probably spends no more than a few hours a week breaking into house.  A wife beater doesn’t beat his wife every day.  It just doesn’t happen that way.  It’s why sometimes women find it so hard to break away because “he’s a good father” or “he’s so generous most of the time.”

People aren’t black and white, no matter what films and the media appear to suggest.  My father wasn’t generally a bad man.  Remove the mood swings and the occassional domestic violence and you had a charming, intelligent and thoughtful man.  Everyone I’ve met here considered him a good man.  If anything, they found him a little naive – he got ripped off and let down on a number of occassions because he trusted too much.

He just had flaws that made him impossible to live with.

I know I made the title of this post misleading, but it’s relevant.  I don’t know his story.  I can’t even suggest that he was pushed away from his family.  All I know is that he’s living alone, in a small hut in a car park, and that he’s a personable and kind man.

All I know for sure is that there is a story in everybody, and no matter what mistakes they or others made they’ll feel the pain of their past.

What Have I Learned?

Value your friendships and relationships.  As far as I can see, they’re one of the primary things that keep us from ending up alone and in poverty like my father did.  It’s important to accept that although they can be a pain sometimes, and oh so restrictive, we need those boundaries and checks that they bring to us.  Being told you’re wrong, or being stupid, or hurtful… that’s something we all need to hear now and again because we can all be wrong, stupid or hurtful.

Without that, we can’t limit ourselves, and we can’t free ourselves from our mental barriers.  It’s often said that children need boundaries, or they can become insecure.  I believe, very much, that adults need them also.

Now, I must apologies for the random keyboard psychology above, and promise that normal service will be resumed soon!

I am very touched by your story and your observations about relationships and life in general. You address some very fundamental issues with clarity and simplicity that is quite valuable to me. In some ways your dad reminds me of myself and some of the choices I have made are similar, leading me to be reliant on family for my survival. I am grateful that I still have people that care enough about me to be supportive despite the difficulties of my character and situation. Thanks for sharing your experience and your astute observations.