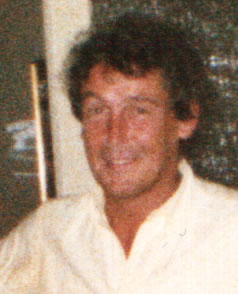 I’ve put this page up in the knowledge that if anyone’s searching for his name on Google, MSN or Yahoo, there’s a high chance this page will come up top of the list. Chris is my father but I haven’t seen him since 1987, following the death of his mother and my grandmother. The last recorded sighting that I have was in the British Embassy in Quito, in 1997, when he renewed his passport. I know he spent time in Peru, Chile, Ecuador and Bolivia.

Edit 12th May 2009: It’s worth noting that given my father’s background in the travel industry that he may have sought work giving guided trips to English or Dutch/Flemish speaking tourists.  If you were ever on holiday in South America and the face looks familiar then do let me know.

The picture on this page is of my father in 1986 and is the most recent photograph I have. Hopefully it can help.

If you have any knowledge of Chris’s whereabouts, please contact me via the Contact page on this site (shown above) with any information you have at all.

Dad, if you visit this site, then please get in touch. I’m about the easiest person in the world to find and contact on the internet if you know my name so hopefully you use the internet and at least you know what I’m up to and that I’m in good health. If you get in touch there will be no recriminations, blaming or guilt-tripping from me and I hope you’ll do the same.

Many thanks to all who help, 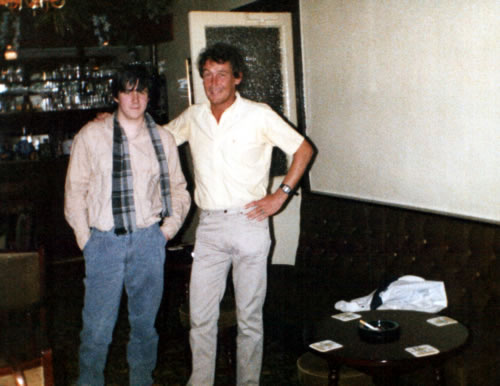 Addendum: I sent a letter in late 2006 to every embassy in South America, with a letter to my Dad enclosed with the hope that if he went to renew his passport it would reach him.  The tone was conciliatory and lots of contact details were given.  Nothing heard yet, but we can wait and see. (added 12th May 2009)
Addendum 2: Yes, I do look something of a mess in that bottom picture, don’t I?  Quite a contrast to my father who always managed to dress well, even when he was living out of a suitcase. (also added 12th May 2009)
Addendum 3: Just found out this morning that he died last week on the 19th of July 2010 in Arica, Chile. He fell ill and was taken to hospital where he died in the evening. RIP Dad. The curious thing is that I had a hunch about Arica and when I went looking for him in 2006 I spent the most time there. Looks like none of the notes I left found him. I’ll be going back to Arica soon to arrange matters.

Did you find him yet?

Sadly I did, but only in death – he passed away in 2011, in Arica, Chile. It looks like I got painfully close to finding him when I went looking. You can find more about this story on the blog.

hi david lot of you by your father as I met him in 1988 and lost contact with him in 1990 and regret the death of him and then my condolences and hope some point if you go through Peru conoserte and tell many cute things your father as the I loved what I always said …. Find me on Facebook as ” Gloria de la Torre “