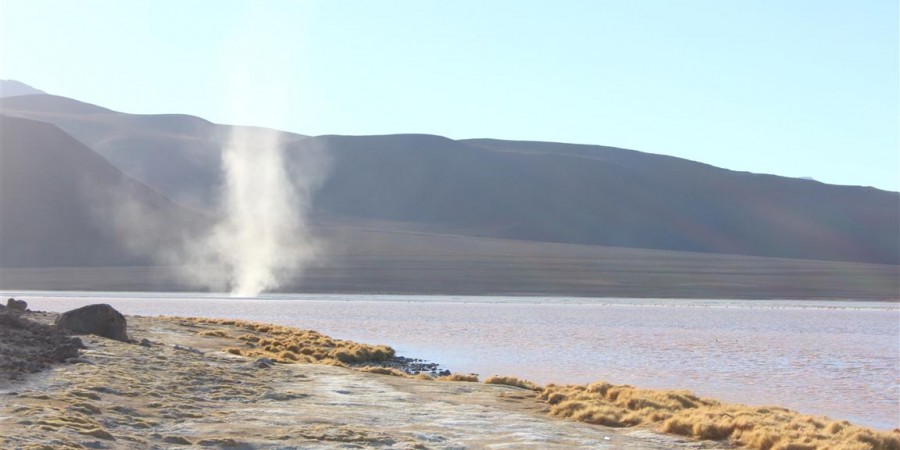 I’m now back in Arica following my trip to San Pedro de Atacama and Bolivia.  I have a couple of things to deal with here before heading back to Lima for my flight home.

I’ve been foiled by this computer in the hotel from getting a decent image gallery up from the last eight days or so.  That means that until I return home you’ll have to take my word for it that the landscape we saw in South West Bolivia was some of the most extreme that I’ve come across in my life.

It’s well known that when a space scientists wants conditions similar to Mars for some experiments they tend to come to this part of the world.  It really is that way out.  That flamingoes, vicuñas and a fair other range of animals manage to live here is remarkable.

Bitterly cold at night and with burning sunshine in the day, it was hard to be properly prepared at all times.  You’d go from being wrapped in five layers to trying to get as much off as possible.  All whilst trying to avoid getting badly sunburned.  Even our more latin members of the group were looking red.  Me?  Well I’d bought this Chilean waterproof sun cream which Pablo tried at one point and which he described as being like paint.  If you didn’t rub it in enthusiastically it left you looking white like a ghost.

Still, it worked, mostly.  My lips are chapped like crazy, and my hands look like an old man’s – super dry air, cold and salt took their toll.

So until I return home to fast computers I’ll just leave you with the one picture I managed to get off the big camera.  It’s a whirlwind that we watched crossing the Laguna Blanca.  The dust is borax, believe it or not…

A whirlwind in the Bolivian Altiplano

Oh my, what a fantastic picture…very jealous!