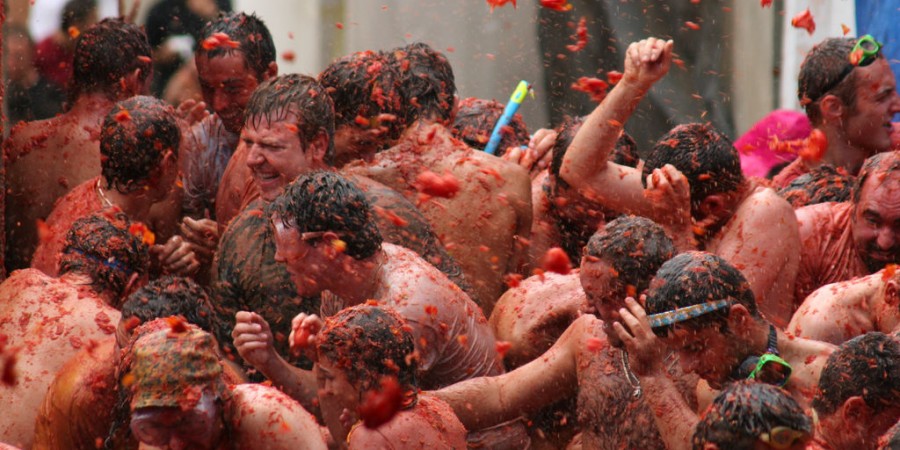 I sometimes think that the British are an unusual breed when it comes to sport, but when you look around Europe you start to realise that quite possibly we don’t have the monopoly we thought we did.

If you’re thinking of a trip to Europe where you can get involved with some local sports, consider these.

Here’s a selection of videos showing some of the things Europeans do for fun:

Take cheese, a round one.  Go to a steep hill.  Find a group of like minded maniacs.  And then chase the cheese down the hill only to be greeted by a group of similarly crazy catchers waiting to ‘rescue’ you at the bottom.  That’s England’s annual cheese rolling contest.  Many people will be hurt and this is proof that the insurance companies and inept Health & Safety consultants haven’t yet managed to stop people risking their own lives for no sound reason whatsoever.

The Scandinavians are about the most equitable people you can imagine, yet it’s the men that have to do the carrying in this sport.  Wife Carrying is a sport that involves running a 253.5m course, with your wife on your back.  I personally find the Estonian wife-lift the easiest, but there are a number of styles.

If you’ve been to Finland, you’ll know that they’re not the most svelte of peoples.  If you want to take part and have a typically skinny French wife you stand a good chance… 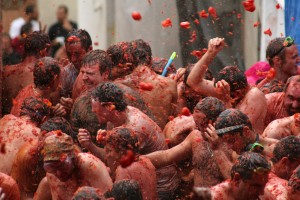 The Spanish grow an awful lot of tomatoes.  This needs celebrating.  What better way than to throw them at each other?  Every year, in Buñol, Valencia, the Spanish enjoy nothing more than to throw tomatoes at La Tomatina And why not?  Beats throwing donkeys off churches.  My family happens to live in the Valencia region, and I fully intend to attend though it’s worth noting – I’ve been to a few Spanish festivals and I know that alcohol and chaos feature strongly.

You might think of snorkelling as something to do at a Caribbean beach.  Not the Welsh.  They like nothing better than to get into fancy dress, head to a bog and get swimming in the annual Bog Snorkelling competition.  There are prizes for speed, but many people enter the contest to raise money for charity and, consequently, the efforts that get the most attention are likely to raise the most money – hence the fancy dress.

http://www.zapiks.com/freebord-pro-team-2010-1.html
this is the real deal on whats crazy and fun to do this summer in europe.

dave could you do an artical featuring freebording?
we have a event planned in August: all the Europe pros will tour the best Swiss and italian Pass roads!
we also will be doing the learn to ride tour:
http://freebord.com/2010/04/27/europe-learn-to-ride-tour-2010/