Are VW in trouble with their electric car strategy? 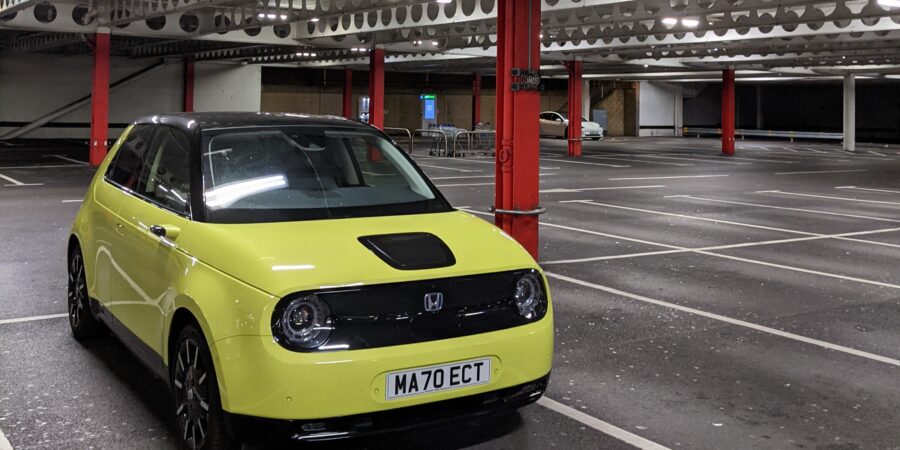 I’ve seen people commenting in various EV forums and social media on VW Could Delay Trinity EV Until 2030 And Scrap €2 Billion German Factory | Carscoops and concluding that VW are in big trouble and failing in the market. In reality I think it’s hard from the outside to draw any conclusions. VW is a master of building factories and cars. We know that. They provide variety and interest to a huge number of market segments.

The problem they have isn’t really an ICE/EV problem. It’s not a factory problem. It’s not a mechanical engineering problem. It’s the other ICE – in-car entertainment. They don’t have a software culture. No matter how much of a twonk you think Musk is, you might have noticed his contentious statements are never about software. Nobody says “Gosh, his opinions on software are so controversial.” And that’s because he’s a software guy. Tesla’s board is stuffed with software guys. His main weakness is that he thinks more can be solved with software than is always realistic – AI is still as dumb as a worm and easily tricked. So the newer vision only Tesla’s are known for being a bit, well, not great at stuff like self parking whereas the older hardware based ones do quite well. I’ve embedded the video below just to help:

Back to VW. They really need to get their head around the car’s user focussed software, build the right team, and nurture it well. That’s going to take a little while.

As for scrapping a new factory – that just makes sense – we’re moving to a world where people keep their cars for longer and there’s a larger gross margin per car. You can’t grow your market through price competition any more, VW as a group sell cars in one form or other in literally every geographical market too. They have to drive other value.

The transition to EVs *is* dangerous for older makers, but the choices to buyers are still sparse. Tesla make some of the most efficient electric cars out there, with some delightful software, but the cars aren’t to everyone’s tastes and cover a fairly tightly defined sector. I don’t like the idea I’m tied to apps from their store – why not use Android Auto or Apple Carplay as well?

So the legacy car makers know how to make cars. That’s absolutely not the problem. The “hours to produce a car” bit is spurious – you absolutely can’t compare two makers with that statistic. It’s often quoted, but I’ve seen wildly differing values from the same car maker’s different plants and it’s such a complex subject that isolating a single variable is likely to be misleading. Profitability over capital employed is the only real meaningful measure in any business, and even that can be hard to isolate if the business is deep into self-investment.

My own EV purchase considerations

I’m in the market for a new EV next year. I really like the mechanical side of the VW Group EV range, but the software puts me off. Some of their brands implement it a little better than others, but it’s still a problem, and I can’t afford a Porsche or Audi EV.

Honda aren’t giving me something to progress to from the little e, which has amazing styling and is a lovely thing to drive and own, but the limited utility means it sits firmly as a second car… but then nobody else does such an interesting small EV, and the e-Up is gone if I wanted to go for just cheap utility. In fact

Only a few car makers sell smaller EVs with some sense of personality, decent RWD chassis, nice interiors. I don’t yet feel ready for a road-trip car to be electric only either. As a family it can work out more economical and maybe even greener to take a fully loaded and efficient diesel car on holiday than to fly. Although, yes, you can stop and relax with your car whilst recharging it, the stops come every 200 miles, and if you’re driving through the night, sitting in a car park with nothing to do for 40 minutes to get another 200 miles in just doesn’t appeal. In reality, I think Hyundai’s group, with Kia and Genesis, seem to be leading the pack with reasonably affordable EVs on 800 volt systems, decent in-car software, and good options for different types of buyers. I could see myself in a Kia EV6 or a Hyundai Ioniq, but they’re also still quite big, and I feel like we’ll have too much functional overlap between something like that and the old Volvo, with the result that the Volvo only really gets pulled out when we need two cars – something increasingly rare with more home working and both kids about to be in high school. At that point, we may even feel it appropriate to go down to one useful car in the household again, with the Lotus Elise providing last measure status for those rare days when we need to transport six or seven people.

What do you think?

P.S. This is a little experiment. I realised I was tapping out a huge comment in a Facebook group and thought that with just a small amount of extra work I could put the content on my blog instead of giving it away for free, to barely ever be read by anyone else, in a billionaire’s walled garden. I opine on loads of stuff. A lot of it is just that. Opinions. But whole magazines are sold on the back of the opinions of thirty writers: so I may as well put mine out there on the open web.