Planes, Trains and Taxis to Mexico 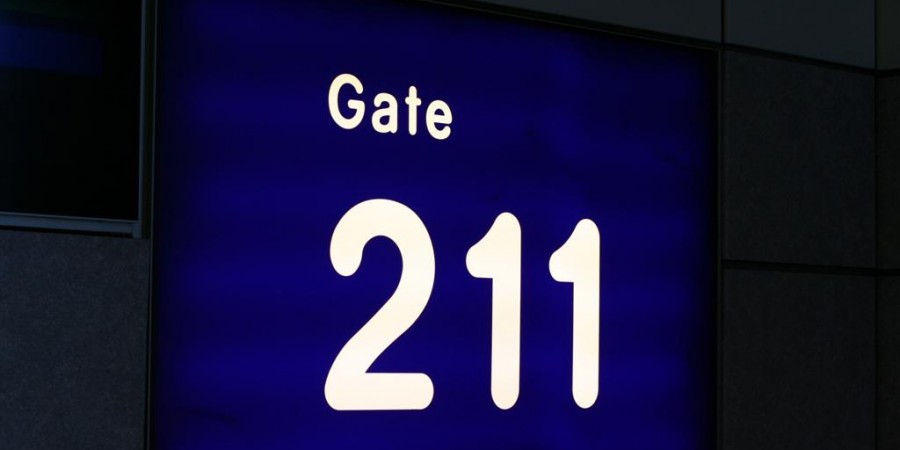 That was… looong.  I mean, I know we’re technically travelling and so the journeys are part of the fun, but since leaving we’ve done Manchester>Atlanta>Mexico City>Puebla>Oaxaca.  That’s 18hrs of travelling. 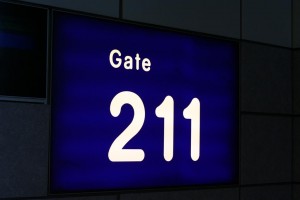 However, we only felt like we’d reached a comfy stop some 32hrs after leaving.  We had a brief three hour stop in Atlanta, where we guzzled free gin and tonic and nibbles in the rather excellent lounge.  That was the only bit of luxury for us, however.  But those moments make membership of a suitable priviledge or frequently flyer scheme worthwhile.  They give a nice break where you’re taking multiple flights.  And Atlanta airport is surprisingly pleasant.  On the inside at least.  I’m sure that an architect would be dismayed at the lack of enormous concrete swoops and dramatic exterior, but the inside was well decorate with lots of artworks and almost no advertising.

The flight to Mexico City was as unremarkable as all flights should be.  But we were late, and we wanted to leave immediately for Oaxaca where friends were waiting. 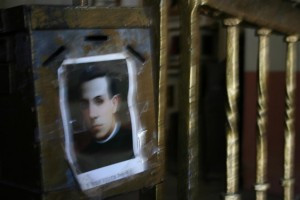 Give money or he’ll continue to look mournful

However, with the next Oaxaca bus from the city being at 7am, we decided to try, instead, to take a bus to Puebla where we were assured there’d be a reasonable onward connection.

They were, of course, lying.  Still, it meant a chance to stay in Puebla for the night, albeit during a holiday season where every single hotel was fully booked.  Oops.  Consequently we managed to find a hotel that was both grotty and expensive.

And now here we are in Oaxaca – a relatively touristic city.  It’s popular with both Mexican and foreign tourists so food and accommodation can be a little expensive by Mexican standards, and quality doesn’t seem to be amazing.  We’re now setting ourselves up to go and visit some old ruins.  Mayan, I believe, but I’ll admit I’ve not being paying attention.  I was simply happy to arrive somewhere and get thoroughly fed and watered, along with a comfy bed for the night.

In terms of hotels, we can heartily recommend the Posada Don Matias in Oaxaca.  Clean, tastefully decorated and friendly.  And free Wi-Fi if you have the kit with you.  You can guess how I’m managing to blog this :-)