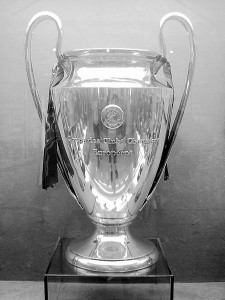 Success is getting something like this - courtesy of Wikimedia Commons

I’m getting tired of lists that make out that ten simple things will make your blog/company/online business/facebook profile a massive success.

What I’m going to post is no doubt contradictory, possibly inflammatory, and may well annoy some people who follow me.  But let’s give it a whirl – with the tip, followed by why it won’t make a difference:

Why?  After all, if your ramblings are tedious, doing it five times as often won’t necessarily bring you five times the traffic.  90% of the daily traffic on this blog goes to just three posts and two are nearly two years old.  And one of Interconnect IT’s clients has a blog that gets, typically, 20x-30x my daily traffic yet he updates his site just once a month.  The site?  Sniff Petrol, if you were wondering.

Nope, didn’t work for Ebaum.  All he did was find stuff other people had created and make it easy to find.  Oh, and he slapped his logo over everything to make sure he got brand awareness.  He’s not a top ten site, but he doesn’t care… he’s rich.

Just makes your site look cheap.  Doesn’t stop me trying it out every now and again, but I’m a hypocrite.

Pfft – if it’s big and important most of the world are going to BBC News or similar.  They’ll only go to your site if you were there, took some amazing photos or video, or added some amazing commentary.  And even then, the clickthroughs on adverts will probably add up to about $20 of revenue.

I don’t.  I blog about whatever hits my mind at the time, and I’m doing just fi… oh hang on no, my traffic sucks.  Maybe you should do that one.

It makes relatively little difference to the majority of the world – really, it’s a fraction of internet users who use StumbleUpon or Twitter or Digg.  The best you can do is seed.  People get pretty tired of seeing linkbait on social networks and it’ll lose you friends in the long run.

7. Create something of value.

Some content can be incredibly valuable.  It can give superb advice and be incredibly informative.  However, it won’t bring anybody to your site if they don’t know about it.

Lists always suggest an easy-to-read article that can be easily read during a tea-break or while the boss goes to the toilet… but although they bring easy traffic, they very rarely turn visitors into repeat visitors.  Most will turn up, read the list, and leave.  They won’t be back.  Their value is almost inevitably zero.

Actually, this one will make a difference.  Peep Show’s next series is being eagerly awaited by everyone because the six episodes they do each season just aren’t enough.  In the online world that’d generate a lot of flack… but they don’t hear that, because the recipe is correct.  So to that purpose, there’s no number 10 in this list.

Look, blog to make money, to entertain yourself, show off, get better jobs or to entertain your friends.  It doesn’t really matter so long as it makes you happy.  Traffic doesn’t matter either, and it certainly won’t make you happy when you discover that 1,000,000 have visited and not spent a penny on your Adsense links.

Ultimately, that one visitor a year who decides to pay for you to come advise his company for £1m is way more interesting than a million visitors who’ll pay you nothing.  Sniff Petrol has won its owner plenty of business without a single affiliate link or piece of Adsense.  The only important thing is that your blog is good for the people to whom it would be important and who are also important to you.  If my blog was a huge hit with Uzbekistanese nose-flute players then it’d not make any difference to me in any way because if it does exist, then I probably hate their music.

Oh, and it’s worth mentioning that some big changes are being lined up for me, Interconnect IT and Spectacu.la – watch this space!

Hi Dave,
I agree with nearly all of this. The most popular post continually over the 4 years I have been blogging is the one about horta, spinach substitutes, or limp green vegetables that people eat in Greece. It seems I am the only person that has ever written about them ever and so I always come up first on Google.