Spectacu.la, the New Design, and Why I’ve Been So Quiet… 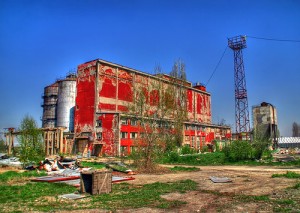 My site isn't so desolate (nor beautiful) as this one in Sofia, Bulgaria - by niv at Flickr - credit and link at the bottom of this article

Some of you may have noticed that this blog hasn’t been updated properly of late.  Not much fresh content, no motorsport reports… in fact, not much at all.

Well, there are reasons!  First off, work.  And more work.  Basically, early on this year I realised that we simply weren’t making enough to get by, let alone to prosper.  So it became time to actually knuckle down.  I stepped up my networking efforts – getting out there and meeting people, letting them know who we were.  In the end a chance meeting with Matt Wardle, formerly of Black & Ginger, led to us doing several pieces of work.  In a way, that was the start of a path where we learned how marketing and building a small business actually works.

And so it started.  In Spring I built the back-end to an activities site by B&G called Liverpool Active City.  I don’t feel it’s as busy a site as it should be, given the budgets behind it, but our side of it works reliably, so I’m happy.  That was followed by a frantic summer with Politics & The City – James (my colleague) coding late into the night, and me swearing and cussing over the SUN server that we got lumbered with.  Not being a SUN OS expert I found there were plenty of traps waiting for me.  We went live with hours to spare, and I even managed to arrive at the launch party.  Late and bedraggled, of course, but hey….

We then deliberately avoided taking on large works in order to implement a new WordPress Themes Club.  This club, known as Spectacu.la and with that as its domain name, was a massive project for us and involved lots of tricky work to build a secure, reliable and easy to use platform.  The themes for it needed to be built too.  That was James occupied, basically, from August to the end of November.  In the meantime I did the smaller works (I’m not a web coder by nature – it drives me nuts) and that’s established a rather nice platform for us to hopefully monetise our WordPress skills in a non-consultancy, and therefore highly scalable, way.

And that’s led to us winning a contract with a FTSE250 corporate to replace one of their leading websites with a WordPress based site.  This is a relatively large job for us – but it signifies the scale of interest in the WordPress platform we chose to specialise in.  And you know… it’s going to be brilliant.  We have James, who as a WP coder just rocks, and Mike Little is now working with us too.

And of course, there’s the re-design of this site.  Over the years it’s accumulated a lot of content and I felt it was time to use a theme suited to this – breaking things up into sections and providing easier navigation options.

So, that’s a big part of why I’ve been quiet.  Motorsport has taken a back seat, as have most of my other interests.  The business is now on a far stronger foundation, however, with a good, regular income stream and finally a little bit of money in the bank.  And while travel has taken a real back seat this year, in spring we’re planning a trip to Mexico.  Watch this space!