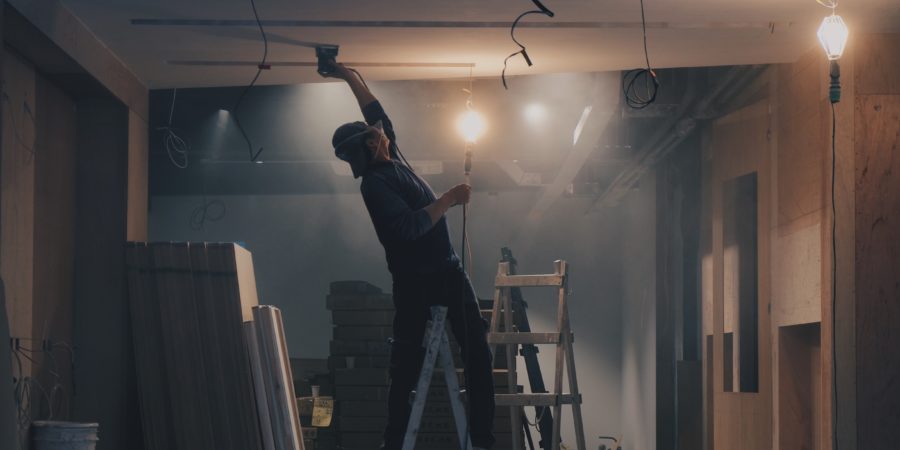 People do like to look back angrily, don’t they?

Yet many a time, their anger today doesn’t reflect how they really felt back then. If you look at the Iraq War, and the UK’s involvement in it, most people supported the action. For sure, an awful lot of people today don’t think it was right to be involved in Iraq. And if you suggest they did, they react angrily and deny it vehemently.

A Yougov poll and survey suggests that what’s happened isn’t the same as what people say happened.

Not really. It’s more that most people’s memories are far more plastic than people realise. Hindsight bias is one type of problem with perception.

So if you support Labour right now, it’s very easy to throw everything that happened in the Blair years under the bus. To disassociate yourself from the man who was involved in starting an illegal war in Iraq. It was obviously illegal at the time. That’s why you cut up your Labour membership card and joined the Liberal Democrats. Right?

It was already pretty much half what it was. In other words. The plummet started… when Blair got into power.

Membership up in opposition when an attractive leader turns up. Down when he or she deals with the tricky nitty gritty of life in power.

At least councillors, being local and well known figures in their communities, won’t be punished by the parliamentary party shenanigans, right?

Because, it’s hard. Being in government is tough on a party. It means making difficult decisions and trade offs that can’t possibly satisfy everyone. And they can express that dissatisfaction and will hold onto it for a cyclical period.

Which leads to a question. What’s missing in politics? Why does the party in power always suffer loss of members (although Conservatives have been failing to gain members whilst out of power, which is a problem for them) and councillors and never please the majority of their actual supporters?

Is it a case of becoming complacent? Like a decent but lazy football team that gets 2-0 up and then coasts to a 2-3 defeat?

No party politicians ever manage to engage with a majority, because they never address all the issues

So here we go… turnouts for the last twenty years have always been below 70%. And not above 80% for over fifty years. That’s in spite of it being ever easier to use postal votes.

And the number of votes for the winning party has hardly ever been over 50%.

Look at that. Since 1930, no single party has offered a view to satisfy the majority of voters, let alone the majority of the population. So when a party gets into power, it’s in an unenviable position – most people don’t want them there.

Only twice have there been governments that are technically approved by a majority – the WW II coalition, and the 2010 Conservative/Liberal Democrat coalition.

Both weren’t rewarded by their voters.

If we keep repeating the same mistakes, all parties keep losing by winning

One of the best ways to avoid losing your hard fought members is to not win. UKIP have almost entirely fallen apart recently… because they ‘won’ at Brexit. Boom! Job done! Party wiped out. Their purpose over, and the public scrutiny of the Brexit process rapidly revealing them as little more than political arsonists of little substance. Everything they said turned out to be bluster. It’s not the fault of the immigrants, and it’s not the fault of the EU that people’s salaries have been stagnant. It’s more to do with a greedy class of company boards and underperforming pension funds coupled with a financial crisis. The reasons for all that I’ll go into another day.

Now, given that avoiding losing members and popularity by avoiding winning in parliament sounds like a silly idea for a political party, we have to think a little more deeply about what anyone, in any political party, can do to actually get some stability back into the country.

I have a few ideas, and I’m using my marketing and business experience here…

1. Work for everyone, but especially the people who have been left stagnant

The economy has been stagnant for a lot of people, for a long time. Not the very poorest, who are generally in a better situation than ever before.

Not the very richest, because they’re actually quite well off and much more so than for a long time.

Labour has systematically failed people who are not unionised and who work. Try being a cleaner on £8 an hour, looking after two kids, and dealing with school holidays and child care in a constructive and nurturing way. Go on. It’s almost impossible.

And the Conservatives have been cutting finite resources, such as social housing (and Labour, when in power, didn’t grow social housing either, so they can’t get too smug here) and then both have become surprised when populist anger has risen, blaming immigrants, globalisation and bankers. Yet without more immigrants we are not going to be able to care for our elderly, or deal with our NHS… we will go bankrupt. If we allow the populists to leverage the anger of the people who have lost out from economic growth, then we will have huge problems in the future.

This graph charts the change in income and distribution, and most of the mid-range in the UK are in the big dip:

Don’t look at averages, but look at curves like the above. Those poor performing people, those losers, are the working class and lower middle classes of Western economies.

We need to look and listen to the stories of people and stop looking at averages. Average income going up is no use if you’re in the group of people where average income is not going up. But we need to find convincing stories to bring back to them. We can’t say “Hey, we’re cutting back all the welfare for you and spending on your schools, but we can spend it on bringing in a load of immigrants!” Now, we are 100% correct that we need lots of immigrants here, but we have to explain why – if our economy is based on the amount of workers and the amount of capital in the system and we’re not replacing our population then populists will do the stupid thing. They will say “No to immigrants! More welfare and money!” But that can’t work. It’s pathetic.

But it’s imaginary and easy and short term. So when Farage says this they’re just trying to take advantage of a situation that the rest of us leave lying around.

3.  Politics has to stop ignoring the voters

All parties are doing this. They pretend people are better off because they can afford smartphones and big TVs, but if going to university leaves you with a massive debt (rather than leaving it on the shared government balance sheet) and you feel you can’t afford a house like your parents had, then you don’t feel better off than your parents did… you feel annoyed and angry.

But listening to the voters doesn’t mean doing what the voters tell you to do. It means showing thought leadership. Explaining, patiently, why you can offer more than the previous status quo. The constituency I live in has voted Labour since its creation. But it hasn’t become better off even when Labour were in power. Why not? Why did house prices still rocket up?

If you notice, none of this says “Punish the rich.” Don’t do that. They feel unfairness as much as anybody, and there’s no point making them angry as well. Just fix the structural issues and things should balance out fine. You don’t need to simply turn up and take their money off them with a massive tax application. Just make sure their money has to be invested, rather than spent on impressive schemes like rocket ships that don’t address the problems that many people actually face.

That’s my thoughts for now. About 1800 words of them, which is enough. These are the under-considered problems of the past generation, that are structural and required for a political party to prosper. And, if they get it right, perhaps they can even get a majority of people on-side.

Who knows eh? Maybe somebody can do it, and can convince enough people to do so. I don’t really care whether it’s Labour, the Conservatives, or my own favoured party, the Liberal Democrats. But somebody has to do it before the populists get another chance at polling booth. We don’t want them. At all.