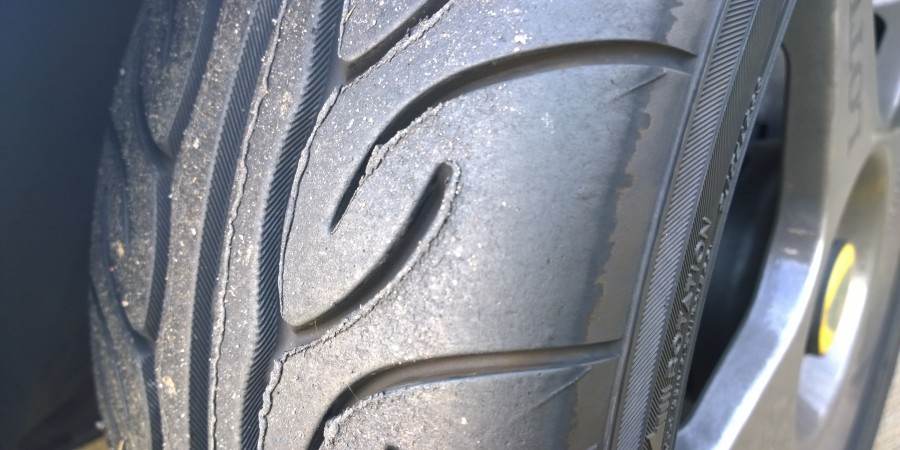 Yesterday, finally, after a break of nearly four years, I returned to the race track. Not for a competitive event, but for a track day. And I learned a little…

The scene has changed. Maybe.

Track days were mostly full of road cars. Lotus Elises were hugely popular, but you’d see a collection of Porsches, various Caterhams and Westfields, and assorted other fast cars. There’d also be quite the gaggle of hot hatches in various states of modification, from bog standard ten year old Golf GTIs through to cars with full roll cages and stiff suspension.

Yesterday it was mostly race cars and track specific motors. There were very few number plates in evidence. There was my own Elise, a Porsche GTS, a couple of Caterhams, and a Honda. Racing or track only cars included Jordan Stilp’s new and seriously rapid Clio Cup racer, an Audi engine Elige (a motorsport bodied Lotus Elise, basically), a swarm of Caterham R300’s from bookarack’s fleet, and a few Ginettas. I soon suspected that the day was more about racers preparing for the upcoming season than about enthusiast drivers who were probably dubious about investing good money on a winter track day that could turn out to be a washout.

But I didn’t mind – the standard of driving was excellent and polite – and when people are skilled you can drive in close quarters without feeling like their cars are about to go off in a random direction.

So about the tyres then?

I don’t change my car much – basically, if it has a setup I’m happy with and that I enjoy then that’s good enough for me. But my old Bridgestones were shot from age and Ollie at Phoenix Motorsports recommended Yokahama Advan Neovas as a road & track friendly alternative. A tyre that can handle rain without trying to kill you. And they’re cheaper too. Given I don’t use the Lotus much and that the Bridgestones were worn out not because the tread had gone, but because they were hard from age, I figured that slightly shorter lived tyres wouldn’t be such a bad idea.

And here’s what happens – suddenly I was having to brake for Roberts from nearly 120mph, just as the car hit the rev limiter in fourth. Last time I went to Donington I was breaking for the old Goddards corner from about 115mph. Given that Roberts has made Starkey’s straight quite a bit shorter that’s a revelation. I was reaching the same sort of speed on the pit straight as well.

The reason was a combination of increased corner speed and superior traction – I could use all the car’s power for a lot more time. I could also carry more speed into corners, so the brakes appeared to have an easier time of it.

On top of that, you get to feel even more lateral G forces. To the degree that the car is becoming quite physical to drive – in Craner Curves at Donington you feel forces that seem out of order for a fairly standard road going car. It makes for a very exciting time if you get it wrong there, as you’re now going a lot faster – another 5mph, exiting the corner at about 110mph in my Elise.

If you’re looking for a cheap upgrade to make your road oriented track car far faster than seems reasonable, I’d recommended such tyres. Just make sure your suspension setup is capable – fitting sticky tyres to a tall, soft car can lead to a lot more excitement than a mere spin. Being upside down, for example.