Finding a missing person in South America (and elsewhere) 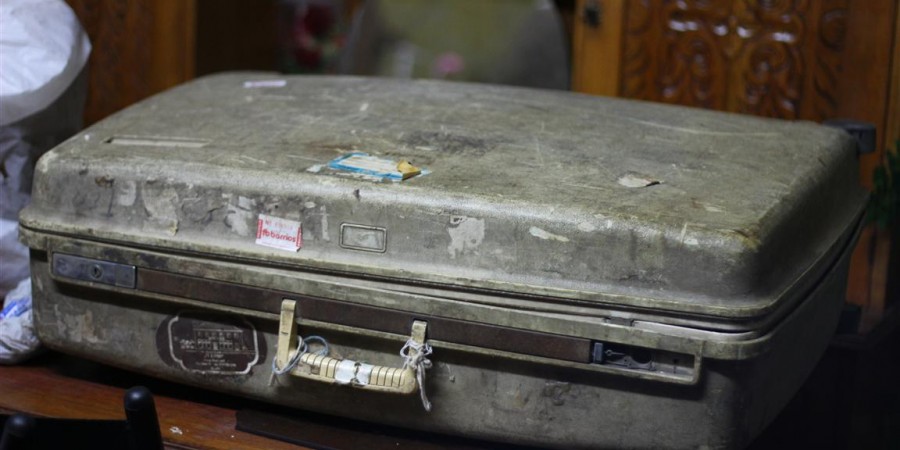 I promised, ages ago, that I’d write up some tips on how to find somebody who’d gone missing in South America. Recently I had an email from somebody in the same situation which has spurred me into action.

Since 1997 I’ve found or been found by my mother, my brothers and my sister. Here I’m sharing some ideas and tips that I wish I’d known when I started.

What I’m going to tell you may help improve your chances of finding somebody who’s missing. It may not, but I suspect it won’t hurt because these are things to add to what you would do naturally anyway. I can’t promise they’ll make any difference, but had I done them I may well have found my father before rather than after he’d died. But hindsight is always perfect. Hopefully by sharing this I can help you.

Whether finding my father would have made my life or his life any better, I don’t know. And you’ll have to think about that for your own situation. Sometimes people hide or disappear for a reason, and finding them may not help. On the other hand, they may have no idea that actually they’re still loved in spite of what’s gone before. Who knows?

I hope that if you use these tips they help you achieve what you need to achieve. It’s not easy missing a friend or a family member. It’s not easy finding them. It’s not easy reconciling what’s happened. The important thing is to be open, forgiving, and at peace with yourself when you set out. If you want them to say sorry, to be humble or to suddenly love you then you should probably not start out. If you want to show them your love and be a person in their life, even if that’s a small part of their life, then go for it. Anything else is setting yourself up for disappointment and heartbreak.

I’m going to refine this post over time. It’s not cast in stone. What you read is based on nothing more than my own personal experience and understanding. It’s not definitive. You will have your own things to add.

So let’s get searching

I’m going to break this up into a few parts to break down the problem.

1. Gather all the data

You’re going to need every address, phone number, email, photo and location possible, because that’s where you’re going to look. You can do a lot of this without leaving home, if you’re organised. Get it together. Scan or photograph everything so that you can store it somewhere off-site like Skydrive or Dropbox. These will be important documents in your search – don’t risk losing them. Don’t carry them with you on a trip. You’re going to use this data to create a one page letter and email to send out to as many people as possible.

There are key things that will differentiate the person you’re looking for compared to those in the country they’ve settled in. Language, looks, and so on. But there will also be their interests. Were they big tennis, pool, or football players? They may have taken it up in their new location. List everything that is distinctive about this person relative to where they live. I’d divide this list into culture (languages, country of origin etc), interests (sports, pastimes, hobbies), and work.

Then, tackle each one. If you’re dealing with an English speaker, perhaps they’ve tried teaching it in order to make some money? It’s a common way for travelling types to make ends meet. If they’re mad keen on pool, they probably headed off to the local pool halls. If they’re computer programmers, they may have tried to do that. This gives you targets in your search.

So, now you have a list of things about the person, and some data. Start to work out how to match things up.

For example, with my father he liked pool (and billiards and so on), gambling, drinking, watching sports, puzzles, and he spoke English and Spanish. With the data I had there were about 12 cities which he seemed to have written from and talked about. So, for English I need a list of all English schools in each of those cities. For pool, every pool and billiard hall. Gambling is trickier – but casinos can be worth checking out. For sports and drinking, think sports bars. Link things together. You have limited resources, so look at the best possibilities based on the data and knowledge you have. Did most letters come from one city?

Then there’s the most important – embassies, consulates and honorary consuls. At least, that’s what they’re called in Britain. You need to contact as many of these in your target regions as possible. The people who work at these places are often well connected within their local communities. They may not be able to facilitate directly, for confidentiality reasons (after all, not everybody wants to be found) but they can pass a message on.

4. Time to get organised!

OK, you know what you need to think about, now it’s time to get organised. I’d personally create a database or spreadsheet into which all this data can be pumped in. That means you can later run a mail merge to produce letters to each of these targets. In my naivety I only sent mail to all the embassies in South America.

You’re going to create a letter describing the person you’re looking for, his or her names, and, most importantly, photographs. Nowadays colour printing is cheap, so scan in those old pictures and include them in the letter somewhere or on a separate sheet. If you’re on a budget, use a black and white laser printer.

So, you found them. Now what?

This is where it gets tricky. You find your missing person. Depending how that happens, you either have to initiate contact, or make friendly contact happen.

You get an email back. You need to meet up, perhaps, or something else… perhaps they need help? Do be careful you’re not being scammed. There are a lot of people who are hungry, poor, or plain greedy and they might just seize the chance to get some money out of you. Be wary. If you’re meeting them for the first time, ensure it’s in a safe, public and neutral place.

Here’s another potential issue – depending on the nature of the separation, establishing a fresh link could be incredibly painful. They could be in a relatively bad way. They could be angry about being found. They could be happy, but emotionally messed up about it all. Do not underestimate the problems here. Be prepared to be strong, to walk away if you have to. If I’d found my father and he’d tried to manipulate me like he did when I was a teenager then I don’t know for sure if I’d have coped. I’m far stronger today, but who knows? Would I regress? It’s impossible to tell.

So, make sure you have support on hand – either with you if you’re meeting in person, or on the end of a phone line.

Once you have re-established contact… you now have the long path. My sister and I coincidentally started to look for each other around the same time and we worked out where we both were. She approached me first, after months of deliberating about how to do it. I’d similarly been waiting for a while, and worrying.

The thing you have to remember though is that it’s not all going to be just like a normal relationship. The gaps and the different lives you’ve experienced will make things different. You won’t be visiting each other every week, or acting like brother/sister or mother/daughter for the rest of your lives – the relationship will take time and real work to make things happen. You’ll go to social events if invited. You’ll send cards and gifts. At times it could feel one sided – you may be overwhelmed, or the other person might be. All I can say is that once you know each other you can work on filling in the gaps. Don’t rush it. It’ll happen if you give it time.

In 1997 I hadn’t seen or spoken to my mother, father, brothers or sister for years. I didn’t know where they lived, what they did, or exactly how they might look. My half-sister and my half-brother I knew the least.

In 1998 I found my mother, brother and half-brother in a remarkable half hour of work one lunchtime! I simply rang every address and phone number I could find and asked if they knew them. Within no time I was speaking to my half-brother, that evening with my mother. Problem solved.

My father… well, you can read the story here on this blog and then viewing the newer posts in that archive. There are twelve at the time of writing, you should start with the oldest.

My sister… this is where “findability” works out. I consciously made a decision around 2001 that I should be easy to find online. Since around then I’ve been the top ranking “David Coveney” on Google. But that’s not what she first searched for, because she didn’t even know she had a brother…

It works the other way – if you have a blog and you’re looking for someone with a reasonably uncommon name, create a post about them. If you searched for “Chris Coveney” then for years a post on this site about my father would come up highly in Google. It gave a chance. I thought my father might Google himself. He didn’t. But his daughter did. And as a consequence, Maria, my half-sister, found me a few years ago. Happy days!

This is what I call passive searching – you set everything up to make things as easy as possible for people to either let themselves be found, or to find you. Because maybe, and you can hope, the person you’re looking for is missing you too.

If nothing else, running a blog will let them know how you are – they may not want to contact you, but they can follow your life, your loves and your family in a public and open way. Obviously, be careful what you publish.

Get out there, look around, be prepared, and be open. Good luck, and I hope you find who you’re looking for. If you have a story to share, please do so in the comments section below.

I would like to find a person and dear friend I when to school with in 1956 and 57 . We were class mates and enjoyed each other company. He went to school a while at Tarleton , in Stevensville Texas. His name is Juan Humberto Fernandez, he was from Santiago, Chili South América . Jack Danziger . sponsored him along with other young men, His mothers name was Diana Rios, He had two sisters, Diana, and Gloria . he should be about 79 are 80 years old.

I want to fine a person I worked with him in Aereocondor (colombian Air Línea) with in 1970 and 1977 his name is Francisco Javier Serna Londono from Manizales Colombia South America, lives In Bogota Colombia, he should be about 73 are 75 years old .