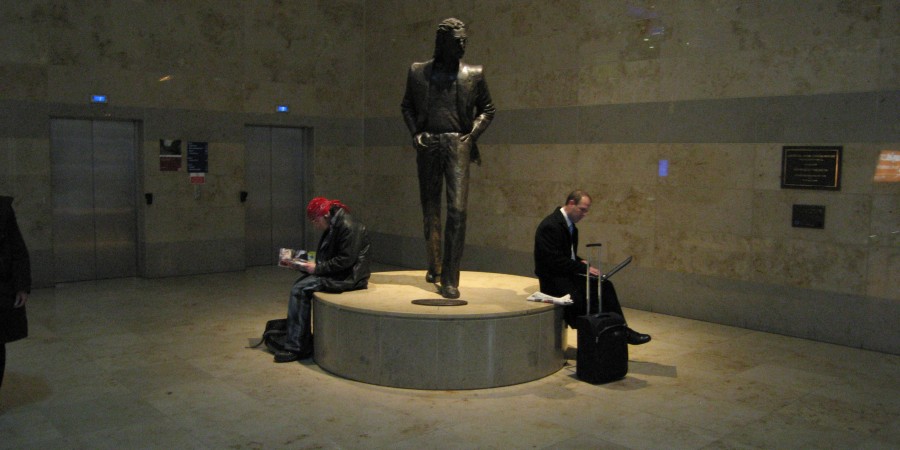 Liverpool has one of those small airports that’s done rather well over the past decade. A rise in air travel has been good for many airports, yet Liverpool’s Speke airport (now known as Liverpool John Lennon Airport) has done especially well.

Why? Because first of all they worked well with easyJet – with a combination of popular holiday and business routes with low prices the combination proved irresistable. As a frequent traveller myself I was delighted to get away from the obtuse pricing of British Airways (cheap returns were OK, it was the lack of flexibility and cost of singles that grated) and the extra costs of travelling to Manchester Airport.

Anyway, I was travelling through this airport again on Thursday evening and spotted this picture which summed the airport up nicely – named after a famous Beatle, and popular with a wide range of traveller: 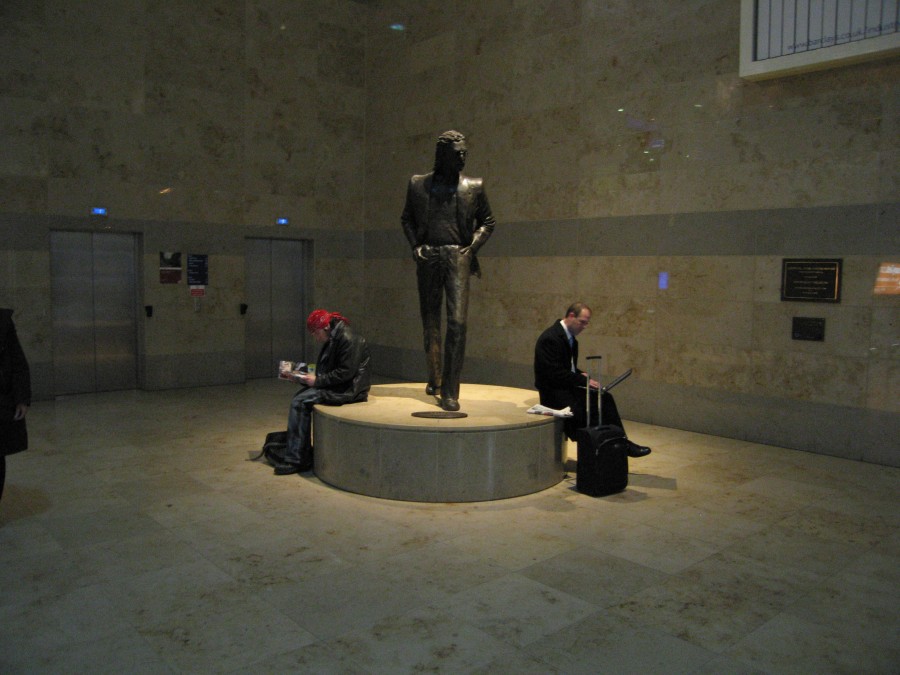 I am a Liverpudlian born and bred in Garston, but now in exile. Speke airport, which figures largely in my life history,I find embarrasing to approach, due to the dreadfull state of the derelict and litter strewn surroundings. Liverpool The City of Culture, I wonder ?
I find your site very attractive.