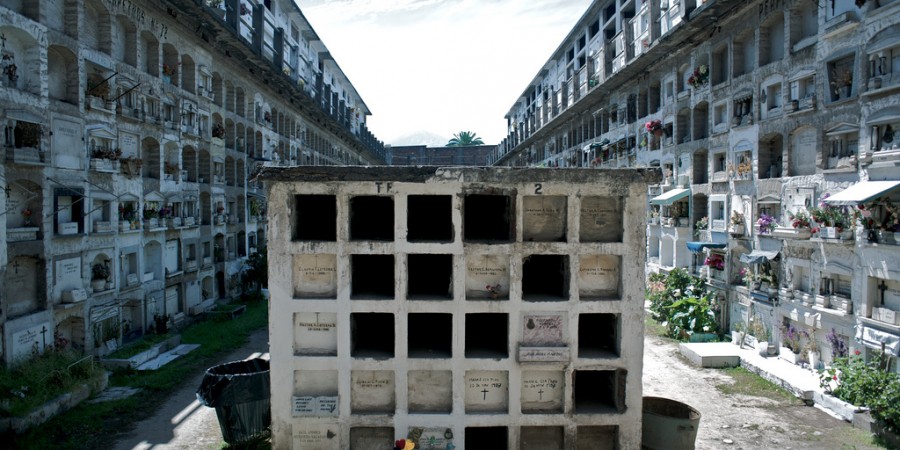 Phew… so what a day.  It started off with a cold shower and a blandly unsatisfying breakfast of a cheese sandwich, juice and tea.  But whilst eating a man came up to me and introduced himself as Joaquin Alvarez… the Honorary British Consul in Arica!  It was an unexpected surprise… I thought I was meeting him later in the day.

Sadly it was just a few minutes as he teaches English in the mornings.  But one thing I have to remark upon is that he immediately expressed astonishment at how similar I looked, sounded and behaved like my father.  He had been a friend of my father’s for years, not knowing of any family, and to see a similar, younger version standing in front of him.  It was a shock to him.

Later, we met properly, and we talked.  I’d brought him some union jacks and tea as a thank you for his help so far.  I didn’t expect the help he was about to give.

First the formalities… he showed me the paperwork he had, and my father’s passport.  This was the moment when I’d see what my father looked like recently.  In the picture was a tired man looking older than his 60 years.  But it was definitely him.  I will take a picture and add it to this post later.

Joaquin then took me to the hospital to discuss the matter of the hospital fees.  My father had been in the intensive care unit, and these had added up.  The positions were argued as so:

From the perspective of the hospital, a fee would be necessary in order to secure my father’s body and to help pay their costs.

From the perspective of the consul, many Bolivians and other illegal immigrants die in the hospital and there is never any money to pay for their care.

From the perspective of the social worker, if I was rich enough, and cared enough, to travel halfway round the world then I could surely afford to pay the fees.

The discussion went on.  As you may have seen in my earlier post, I had a particular position I planned on setting out.  In the end, we came to an agreement… I would pay half, and there would be an unofficial agreement that should I have more money in the future I could make a donation to the hospital.

This seemed to satisfy everyone enough to make progress.

The next stage was finding an undertaker, and to choose the coffin.  Now that was odd.  I discovered a few cultural things:

Once a coffin of suitable size for a six footer (people here are short) had been found we were off to the cemetary. I had to settle for a sort of beige fur, incidentally, so my father looks like he’s being interred in a poorly cut Bungle costume. 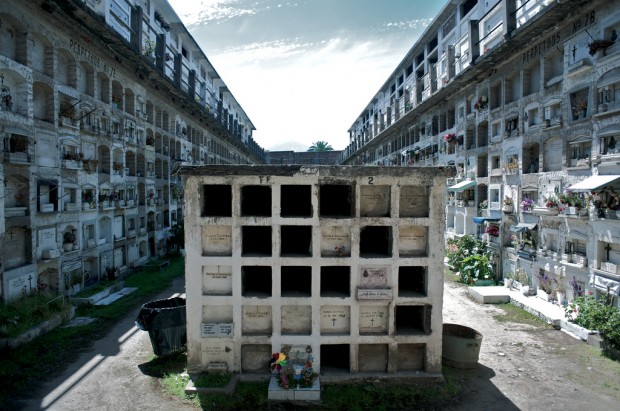 And the cemetary was a real eye-opener.  You can’t bury people when your town is built on rock.  So instead, it’s simpler to build what look a little like mini concrete apartment blocks into which the coffins are inserted.  See the picture above right.  The cemetary is also surprisingly brightly coloured.  In due course I will take pictures… it’s a fascinating difference in the way death is treated here.

And you know what amazed me most today? The effort put in by Joaquin, the consul.  He spent six hours with me, going backwards and forwards between the hospital, banks and funeral parlours.  He made a string of phone calls, and helped me way beyond the call of duty.  Truly, a great man.  I’m lucky, really.

Dear Dave, It’s so sad to hear about your father. I was looking on fb and i thought you are on holiday, but then i found a link on your website. i’m ever so sorry about your lost. Please let me know whether there is anything I can do to help during this difficult time. I’ll ring Romana today to see how she is coping. You and your family are in my thoughts. I will light a candle for your dad. Take care.

Thanks Katrina for dropping by…

Well, once I’ve finished here in Arica it may be just that, a holiday, until my flight home. It’s not all bad :-)

Hi Dave, we are thinking of you! Lots of love x

I’m very sorry for you. It’s not an easy thing you are dealing with. Condoleance. Even if the meeting with your father is too late (and harsh, i imaging), i hope your travel in Arica will put you in peace with your past. And will help you to construct a good futur with Conrad (and other ? ) and Romana. See you. Franck and Annelise.